To discover how many packets are detected with bad CRC, I installed 6PACK on a TNC. 6PACK reports receive CRC failures which are logged by the Linux kernel. Data was collected for seven hours through the middle of the day to ensure that there was traffic, but that channel utilisation was low. END_OF_DOCUMENT_TOKEN_TO_BE_REPLACED

One of the inventions was the KISS protocol (KISS for keep it simple stupid) from Mike Chepponis (K3MC) & Phil Karn (KA9Q), and an implementation for TNC-2. END_OF_DOCUMENT_TOKEN_TO_BE_REPLACED 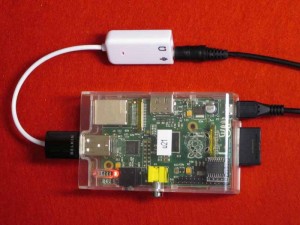 Above is the server hardware. It uses the Sailer sound modem and kernel AX.25 support. This is currently configured as a RX only iGate for 30m, hence no tx audio path and no PTT (though on HF, PTT can be done simply using transceiver VOX). The small black USB module is a Belkin WLAN adapter. END_OF_DOCUMENT_TOKEN_TO_BE_REPLACED 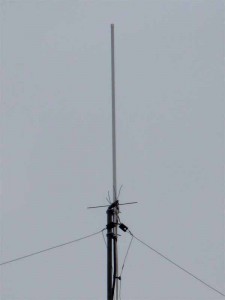 The X-50N is mounted on a telescopic steel mast at 11m at its base, and fed with 10m of LDF4-50A to the antenna entrance panel, and 2m of LMR-400 to the radio. The XN50N has three short radials which are visible in the pic above, but somewhat obscured by a fan of four upwards pointing wires to discourage birds perching on the gibbert for the G5RV. END_OF_DOCUMENT_TOKEN_TO_BE_REPLACED 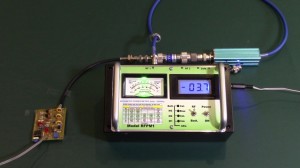 Above, the test setup used. END_OF_DOCUMENT_TOKEN_TO_BE_REPLACED

This article shows use of Lou Destefano’s (VK3AQZ) VK3AQZ RF power meter (RFPM1) to plot the response of a 144MHz filter.

Above, the RFPM1 as used.

Above, the test setup. The filter (DUT) is connected between a standard signal generator (SSG), and the RFPM1 connected to the filter output. A DVM recorded the DC voltage on the ‘CAL’ terminals of the RFPM1. A series of measurements was made from 140 to 148MHz and the results calculated and plotted in Excel. END_OF_DOCUMENT_TOKEN_TO_BE_REPLACED

In the past, I have recommended FTDI based USB-RS232 adapters strongly because of their reliability and compatibility, albeit at a price. END_OF_DOCUMENT_TOKEN_TO_BE_REPLACED

Above, the RF Power meter with two probes. (The ferrite sleeves were not part of the kit.) END_OF_DOCUMENT_TOKEN_TO_BE_REPLACED