It is one of those ‘rules’ that the proponents cannot usually explain… they would regard themselves as experts, but blindly follow folk-lore that they do not understand. END_OF_DOCUMENT_TOKEN_TO_BE_REPLACED 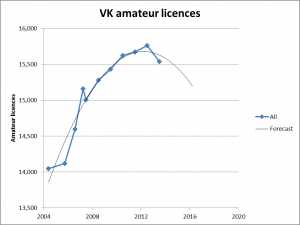 I will respond here as I now refrain from posting on VKLOGGER. END_OF_DOCUMENT_TOKEN_TO_BE_REPLACED

This is a 2014 update of an article written originally in October 2005, earlier editions published on VK1OD.net which is now offline.

This has concerned some people, who took the view that the decline was a harbinger of the impending demise of Amateur Radio. END_OF_DOCUMENT_TOKEN_TO_BE_REPLACED 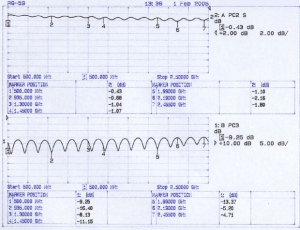 For students of transmission lines, some deductions… END_OF_DOCUMENT_TOKEN_TO_BE_REPLACED 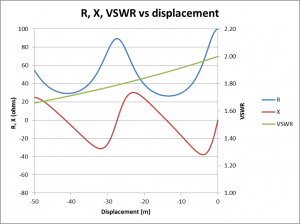 The graph above shows R and X, and VSWR along a feed line with a 100+j0Ω load at 3.6MHz. The feed line is Belden 8262 50Ω coax, manufacturing tolerances are taken to be zero, and the displacement is relative to the feed point, ie -ve distance is distance before the feed point, the feed point then is at the right hand side of the graph.
END_OF_DOCUMENT_TOKEN_TO_BE_REPLACED

Hams tend to insist that the Ruthroff 4:1 balun cannot be represented by transmission line elements, but they are quite wrong. END_OF_DOCUMENT_TOKEN_TO_BE_REPLACED 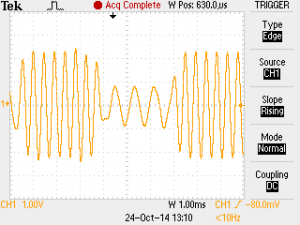 Above is the waveform recovered from a receiver without de-emphasis (a Motorola R2009D communications analyser in this case).
END_OF_DOCUMENT_TOKEN_TO_BE_REPLACED

I purchased an Opentracker USB (OT-USB) after a review of documentation and some screen shots of the configuration tool OTWINCFG which suggested that the product ‘understood’ the challenges. END_OF_DOCUMENT_TOKEN_TO_BE_REPLACED