Measure transmission line Zo – nanoVNA – PVC speaker twin demonstrated measurement of transmission line parameters of a sample of line based on measurement of the input impedances of a section of line with both a short circuit and open circuit termination. From Zsc and Zoc we can calculate the Zo, and the complex propagation constant \(\gamma=\alpha + \jmath \beta\), and from that, MLL. 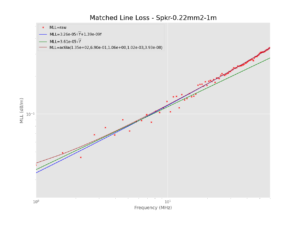 Above is a plot of: END_OF_DOCUMENT_TOKEN_TO_BE_REPLACED

The article Measure transmission line Zo – nanoVNA – PVC speaker twin demonstrated measurement of transmission line parameters of a sample of line based on measurement of the input impedances of a section of line with both a short circuit and open circuit termination. From Zsc and Zoc we can calculate the Zo, and the complex propagation constant \(\gamma=\alpha + \jmath \beta\), and from that, MLL. 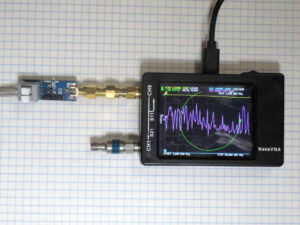 Above is the nanoVNA setup for measurement. Note that common mode current on the transmission line is likely to impact the measured Zin significantly at some frequencies, the transformer balun (A 1:1 RF transformer for measurements – based on noelec 1:9 balun assembly) is to minimise the risk of that. Nevertheless, it is wise to critically review the measured |s11| for signs of ‘antenna effect’ due to common mode current. END_OF_DOCUMENT_TOKEN_TO_BE_REPLACED

This article is a desk study of the CirroMazzoni Baby loop. 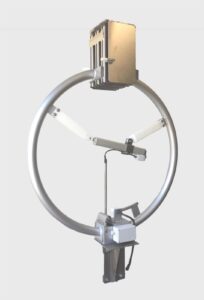 Above, the Baby loop is a small transmitting loop with a novel remotely controlled loop tuning capacitor and tuning mechanism, and gamma match. END_OF_DOCUMENT_TOKEN_TO_BE_REPLACED

The diagram above from the video shows the topology of the series stub match. END_OF_DOCUMENT_TOKEN_TO_BE_REPLACED 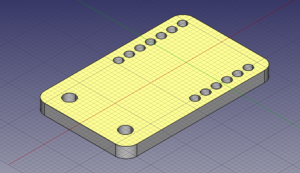 Above is a 3D view of the part design. END_OF_DOCUMENT_TOKEN_TO_BE_REPLACED 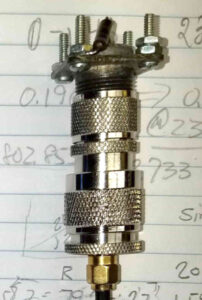 Above is part of the pic, focusing on the ‘fixture’. The chap reports that the VNA was OSL calibrated, and we might assume that was at the SMA(M) connector (it is difficult to explain the results if the reference plane was at the VNA jack). END_OF_DOCUMENT_TOKEN_TO_BE_REPLACED 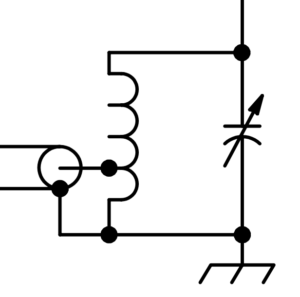 A reader of A common scheme for narrow band match of an end fed high Z antenna commented:

…if the coil is tapped at 1/3, surely then the coil is a 1:3^2 or 1:9 transformer and the capacitor simply ‘tunes out’ the coil reactance, what is the input impedance when it has a 450+j0Ω load?

That is very easy to calculate in the existing Simsmith model. 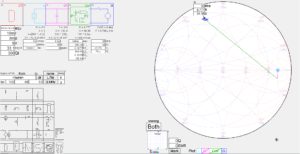 This article discusses the kind of matching network in the following figure.

A common variant shows not capacitor… but for most loads, the capacitance is essential to its operation, even if it is incidental to the inductor or as often the case, supplied by the mounting arrangement of a vertical radiator tube to the mast. END_OF_DOCUMENT_TOKEN_TO_BE_REPLACED

A correspondent asked about the difference between two small untune loops mentioned in two of my articles, this article explains.

Firstly lets set the context, a small loop means less than λ/10 perimeter, and untuned is to mean that the loop is loaded directly, in this case by a receiver which we will assume has an input impedance of 50+j0Ω.

Let’s look at the two cases. The key difference is in the connection at the gap: 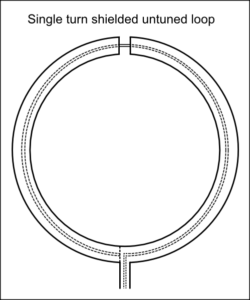 Above is a diagram of the loop. END_OF_DOCUMENT_TOKEN_TO_BE_REPLACED