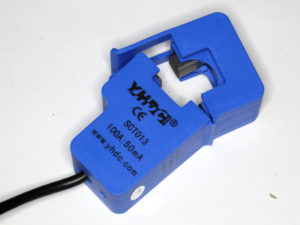 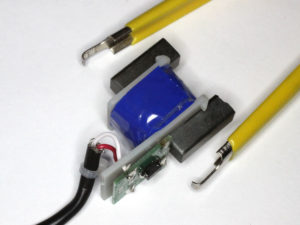 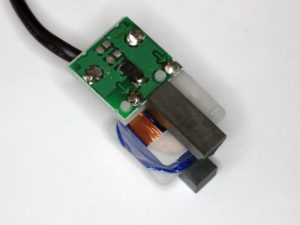 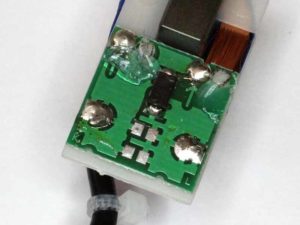 This is a review of the BG7TBL noise source available on eBay for about $20 incl post. I have seen this recommended in various online forums and thought it worthy of review.

A quick mention of Excess Noise Ratio (ENR), it is a commonly used measure of the characteristic of noise sources. A noise source for testing low noise RF amplifiers needs to be less than 10dB, 5dB is common; for other receiver testing around 15dB is common, and for massive output for filter alignment etc the noise needs to be well above a spectrum analyser noise floor so an ENR of 50dB might be appropriate (but such high noise output makes it useless for LNA noise figure measurement), 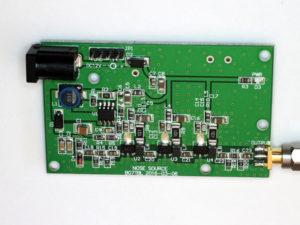 Above is the device. The layout is pretty simple, it is a Zener noise source at the left followed by three MMIC amplifier stages. The circuitry at mid left is a DC-DC converter to supply 25V to the Zener.

There are a host of aspects so far that are concerning:

END_OF_DOCUMENT_TOKEN_TO_BE_REPLACED 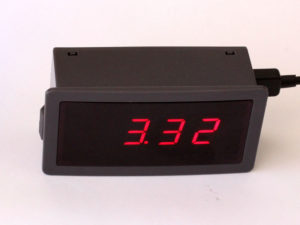 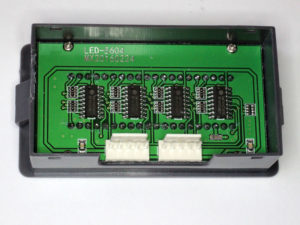 Above, the interior of the module that suits the implementation. END_OF_DOCUMENT_TOKEN_TO_BE_REPLACED

This article documents remote power display for an energy monitor system based on emontx3 / emonhub / mqtt.

The remote power display connects via WiFi and subscribes to a topic on a MQTT server, updates are published every 10s with data from the emontx3 by emonhub. 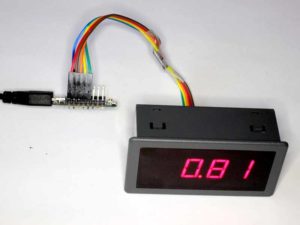 The remote power display uses a Wemos D1Pro ESP8266 module, a common 4 digit 14.2mm seven segment LED module with 74HC595 shift register per digit, and a simple 3V/5V level converter between the two (see above shrink wrapped in the cable from the D1Pro to the display).  END_OF_DOCUMENT_TOKEN_TO_BE_REPLACED 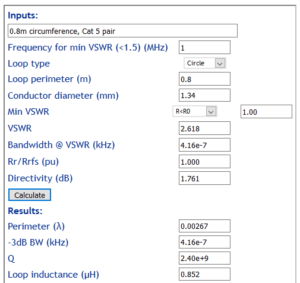 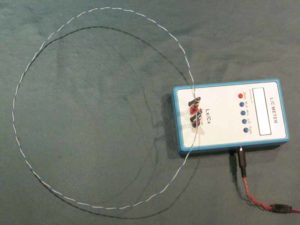 Above is the measurement, the screen is not readable, but it is 852nH, very close to the estimated 850nH. END_OF_DOCUMENT_TOKEN_TO_BE_REPLACED

The Elecraft N-GEN is a low cost noise source which is quite suited to many applications, more so if the Excess Noise Ratio (ENR) is known.

ENR is a commonly used property to describe the noise power density of a source, it is calculated as ENR=10*log(Tne-T0)/T0 dB where Tne is the quivalent noise temperature and T0 is 290K.

This article describes a calibration procedure. Note that the calibration is specific to the device and cannot be applied to another N-GEN. 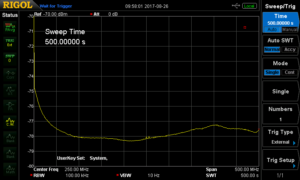 Above is a screenshot of the Spectrum Analyser scan. A text file of the frequency,power pairs is saved for input to a spreadsheet to calculate ENR vs frequency. END_OF_DOCUMENT_TOKEN_TO_BE_REPLACED

At Equivalent noise bandwidth – IC-7300 SSB Rx Filter2 (2400Hz) the ENB of the receiver was measured at 2088Hz. This article goes on to calculate the power received from a Elecraft N-Gen noise source which has been measured to have Excess Noise Ratio (ENR) at 10.1MHz of 48.2dB.

The measurement is made is preamp off (so that the S meter is more realistic), and the supplied NoiseFigure is a guess… but the noise source is so strong (being some 30+dB above the receiver internal noise) that the result is barely sensitive to that assumption.

The calculator returns many results, we are interested in just the receive power in dBm. The results follow. END_OF_DOCUMENT_TOKEN_TO_BE_REPLACED

In brief, a white noise source is connected to the receiver input, Filter2 (nominal 2400Hz bandwidth soft response) selected and set to standard PBT, and the audio output captured on a PC based audio spectrum analyser, Spectrogram 16 in this case. 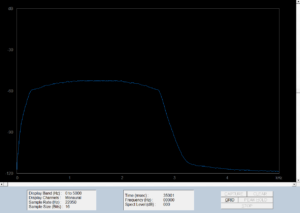 Above is the spectrum plots, as receivers go this is relatively flat, lacking the usual tapering off above 1kHz (a technique to cheat on sensitivity specs).
END_OF_DOCUMENT_TOKEN_TO_BE_REPLACED

I bought an inexpensive GPS antenna on eBay, the requirement was for one that operated from 3-5V to suit both of my GPSDOs. The antenna is mounted in an electrical junction box on conduit above the roof for reliable coverage. 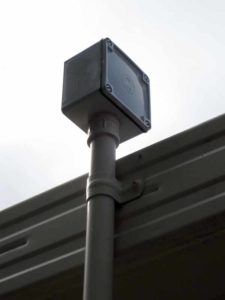 The question was whether the active antenna with 5m of RG174 coax and SMA male connector at A$6 posted was any good.

To map its behaviour, it was attached to a Trimble Thunderbolt GPSDO and Lady Heather used to plot rx signal level over about 30h.

Above is the plot. The pattern is not quite symmetric as there are obstructions in play, in fact some of the dips in performance are explained by specific trees and the roof profile. There is a gap to the south at low elevations, GPS satellites don’t fly there (MEO inclined 55° from the equator) .

Overall, it reaches similar strength at the zenith as other antennas tried.

Overall evaluation, it seems to work ok though the coax is a bit rough.

Motor inductance line-line typically ranges from several µH up towards 100µH. Importantly, the fundamental frequency of flux change in the laminated iron core under normal operation is typically less than 2kHz.

To verify the instrument, a test inductor was made with 3t on a FT-240-43 ferrite core. 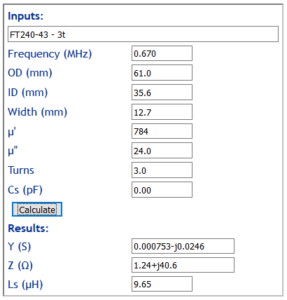 Above is an estimate of the expected inductance of the test inductor, 9.65µH. Keep in mind that the tolerance of ferrite is quite wide, 20% variation is not unusual. The test inductor measured 9.1µH at 10kHz on a classic RLC meter. 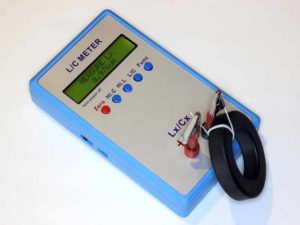 Above, the LC200A measuring an inductor comprising 3t on a FT240-43 ferrite core, measurement frequency was 670kHz. The measured inductance is 8.98µH, 7% lower than the estimate but well within tolerance of the ferrite core, and less than 2% below the value measure with a classic RLC meter. END_OF_DOCUMENT_TOKEN_TO_BE_REPLACED