I have a Seiko V158-0AD0 which works very well, and I recently noticed the crystal was scratched more than the case… so a strong hint that it is an ordinary mineral glass crystal.

Searching the net, I could find that the Seiko part number for the original crystal is 310P03HN0 which indicates a diameter of 31.0mm but it does not have the thickness encoded simply. I could not find any articles giving the thickness of the part… so measurement was needed. 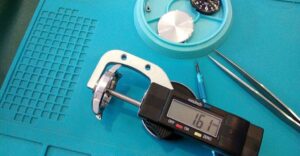 Above, the original crystal measures 1.6mm. A ‘standard’ 1.5mm sapphire crystal should be just fine. END_OF_DOCUMENT_TOKEN_TO_BE_REPLACED

I managed to drop a chainsaw clutch and it separated into its component parts.

Thinking there would be a simple trick to this, I consulted Youtube. It turns out that reassembling these has proved a challenge for many people, and their online posts informed as to what approaches don’t work well, describing the many hours spent trying to reassemble. One online expert advised buy another, they are so cheap. 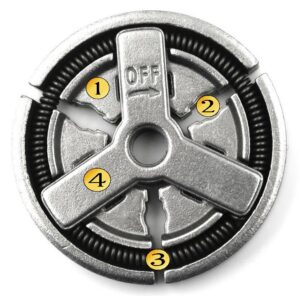 Above is a clutch of the type I will discuss, mine is from a 45-58cc Chinese chainsaw. There are variants, and the technique may be adaptable to them. END_OF_DOCUMENT_TOKEN_TO_BE_REPLACED 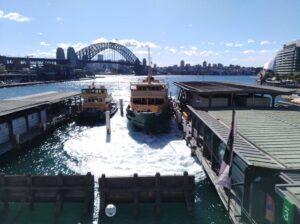 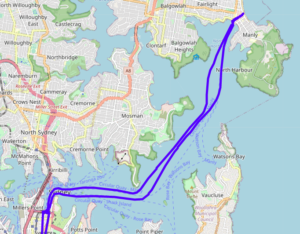 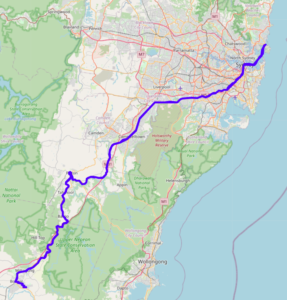 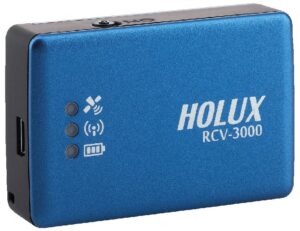 They come with a neat little application called Holux ezTour for Logger.

Over time, the application has been unreliable, mostly knock on effects of Google Maps licencing and Holux’s failure to obtain and distribute the appropriate licence keys. END_OF_DOCUMENT_TOKEN_TO_BE_REPLACED

In my experience, action cam underwater / weatherproof transparent cases have buttons that are quite difficult to use. This seems mostly because they are assembled with no lubricant.

Above, the button in the genuine Sjcam SJ8  has a stainless spring, shaped washer, two 6x2x2mm orings, and a 2.5mm E clip. This pic shows that the thing is assembled dry which makes operating pressure high, and in any event not smooth as the button shaft is not particularly smooth. END_OF_DOCUMENT_TOKEN_TO_BE_REPLACED

We use reinforced hose that comprises essentially three layers, an inner plastic layer, a braided fibre reinforcing layer and another layer of plastic. Though these layers are bonded in new hose, there is potential for them to separate in service resulting in the reinforcing braid pulling back into the hose length and allowing the hose to expand in diameter at that point (lacking the benefit of the reinforcement). At this point failure of the hose by bursting is inevitable, sooner rather than later.

Some hoses are supplied fitted with factory crimped ferrules, and experience is that they have lasted well except that the fittings are plastic and break if subjected to rough treatment.

User serviceable screw collets fail, either through failure of the collets, or just the outcome of the screw collar loosening and resultant pull-back of the reinforcing braid.

What is needed is a tough and durable coupler with an easily applied ‘permanent’ clamp.

I have conducted a trial of brass fittings modified to remove the screw collar and nylon collet, then used with a stainless steel stepless one ear clamp. 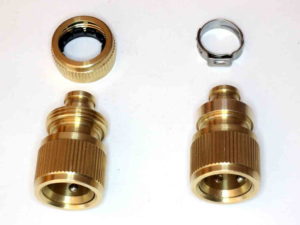 Above at left is the unmodified coupler, and at right the coupler with the collet and screw collar discarded, thread turned off the coupler, and a one ear clamp for installation. END_OF_DOCUMENT_TOKEN_TO_BE_REPLACED 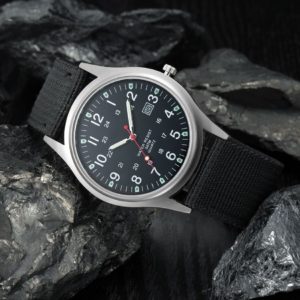 Importantly it claims to be water resistant to 3atm (3bar), and the pics given on eBay clearly showed a screw on back (even weeks after becoming aware that is deceptive and misleading). END_OF_DOCUMENT_TOKEN_TO_BE_REPLACED 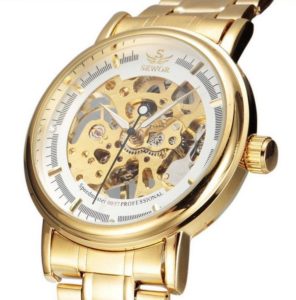 Above, the watch looking pretty flashy in gold coloured finish. The gold plate wore off the band in just a few days to reveal a brass band tarnishing by the hour. The bezel is probably base metal and will corrode in no time. END_OF_DOCUMENT_TOKEN_TO_BE_REPLACED 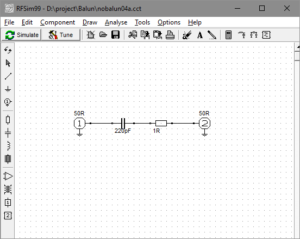 Above, the test circuit is a nominally 220pF COG capacitor connected between tx and rx ports of a two port VNA. An extra 1Ω series resistance is included to model the likely effect of capacitor ESR. END_OF_DOCUMENT_TOKEN_TO_BE_REPLACED 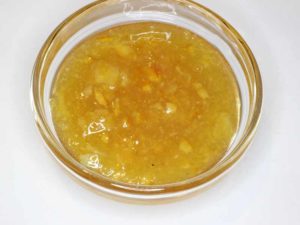 The marmalade is light coloured, sweet and tangy. END_OF_DOCUMENT_TOKEN_TO_BE_REPLACED