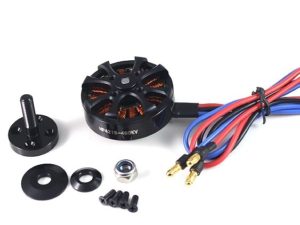 Above is the motor as supplied. I used an ordinary M6 propeller nut so that it was easy to remove and replace without wearing out the nyloc nut supplied. 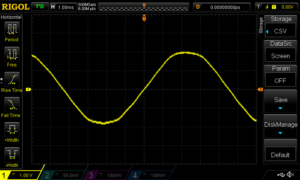 Above, the induced voltage waveform at 940rpm, somewhat the result of the 12N14P configuration.

On a steady test on the 24V bench supply, the drive drew just on 20A cold and was clocked at 9200rpm with the Gemfan 1147 SF. Winding speed up and down slowly (to avoid degenerative braking which is incompatible with the power supply), motor starting, acceleration and deceleration were always smooth and without any sign of sync loss.

Tests were conducted with a script that I use consistently with asrg and eLogger to capture current, altitude is 700m. 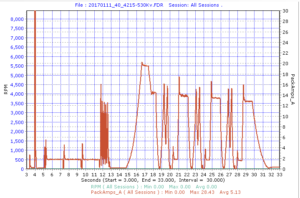 Above the test response shows pretty much ideal current response to the test scenario, there is no sign of erratic current that might witness sync problems.

The motor worked well under the test conditions with a WOT input of 480W.