Discussion at A method for design of small broadband RF transformers using medium µ ferrite core for receiving use was around a 9:1 transformer on a BN43-2402 core. In that design, 4t was proposed as a suitable winding for a nominal 50Ω primary.

This article describes a 4:1 transformer needed for a project and based on the same 4t primary design, and using a separate 8t secondary.

First, lets find the largest wire that will fit 12t in the core aperture. 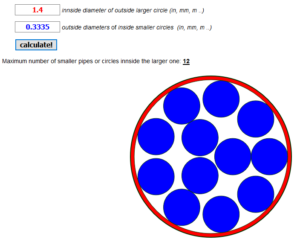 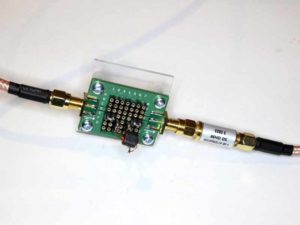 Above is the prototype transformer in a test jig which has been SOL calibrated. One end of the winding has a 150Ω resistor (measured as 149Ω) in series to ground, the other connects to the output connector centre conductor. This arrangement puts a 200 load on the transformer, and there will be 6dB of loss from input to output due to the divider action of the 150Ω resistor and 50Ω instrument input. 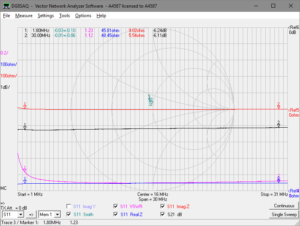 Above is a scan of S11 and derived input impedance and VSWR. As expected from the earlier work, Insertion VSWR is below about 1.2 from 1.8MHz up, and looking at the Smith chart, you can see that the departure from an ideal transformation is a little +ve reactance and slightly lower resistance which is the expected effect of the shunt magnetising impedance.

The Insertion VSWR measurement confirms the design approach and tools used. Beware, most tools used for calculation of impedance of a ferrite cored inductor are seriously flawed.

The S21dB (black) plot is |S21| in dB, the gain through the device, and bear in mind that due to the resistor load division, -6dB represents zero loss. So, the Insertion Loss is tenths of a dB, demonstrating that efficient transformers can be made from lossy ferrites. 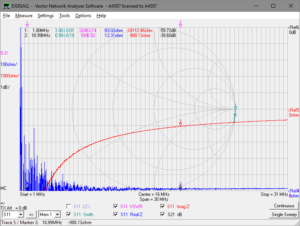 Above is a plot of the common mode impedance of the transformer. For this type of transformer we expect that the coupling mechanism can be represented by interwinding capacitance, equivalent to about 8pF in this case. Zcm is good at low frequencies but is poor above about 20MHz.