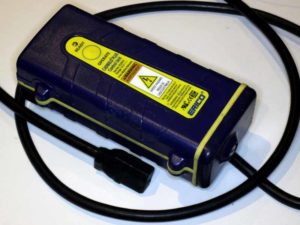 The CADWELDPLUSCU is the igniter for the Cadweld Plus line of electrically initiated thermite weld capsules. The plug seen on the end of the cable slides over the flat connection strip to the capsule. 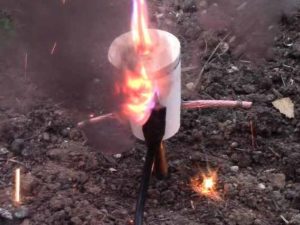 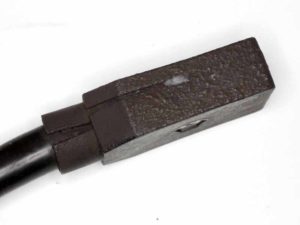 Despite dressing the plug away from the stream of hot gasses emitted, it can be seen above that the plug has suffered heat damage. Of particular concern is deformation of the parts at the cable clamp rendering it less effective. The plugs come on a new lead set that is relatively expensive.

Since one wants to be able to yank the cord away from the crucible as soon as possible to minimise heat damage, the cord grip needs to be effective.

This article describes two measures taken to protect the plug and ensure the cord grip works. 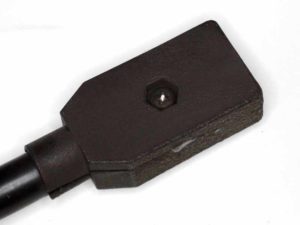 Above is another view of the heat damage to the plug. 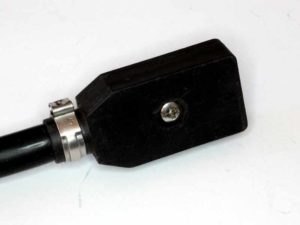 The first modification is to fit a hose clamp around the cable clamp section of the plug. Above, a one ear stainless hose clamp was threaded onto the cable (after removal of the plug) and crimped to just close the two halves of the plug shell. 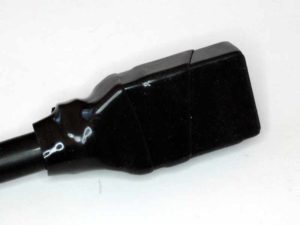 Above, the modified plug is served over with a couple of wraps of self amalgamating silicone tape (Rescue Tape) to protect most of the plug, however the front remains exposed and care needs to be taken to ensure it is not in the direct gas blast.

This one component lets the CadweldPlus system down, it has lots of strengths but this is its Achilles Heel.

A better product might have an effective cable clamp integrated, and low cost disposable silicone boots to better protect the plug shell.