These were very popular at the time, but as voltage baluns they achieve good current balance ONLY on very symmetric loads and so are not well suited to most wire antennas. 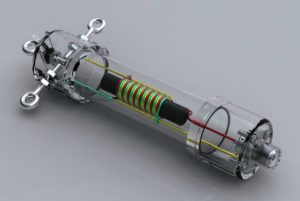 Above is W2AU’s illustration of the internals.

Mine barely saw service before it became obvious that it had an intermittent connection to the inner pin of the coax connector. That turned out to be a poor soldered joint, a problem that is apparently quite common and perhaps the result of not properly removing the wire enamel before soldering.

Having cut the enclosure to get at the innards and fix it (they were not intended to be repaired), I rebuilt it in a similar enclosure made from plumbing PVC pipe and caps, and took the opportunity to fit some different output terminals and an N type coax connector. 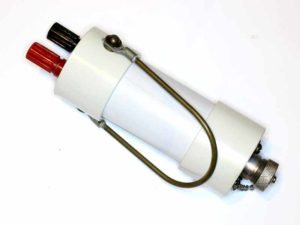 Above is the rebuilt balun which since that day has been reserved for test kit for evaluating the performance of a voltage balun in some scenario or another.

My rework did not attempt to duplicate the spark gap arrangement of the top terminals. It is doubtful that it is effective protection of an attached receiver.

The rebuilt balun can be disassembled. If the two screws securing the hanging loop and its pin, and the two screws in the coax connector are removed, the top cap with balun attached can be removed from the lower shell. 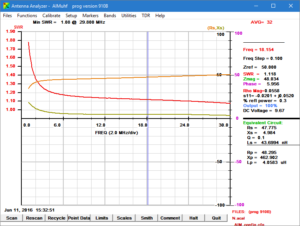 Above is a recent scan of input impedance with a good 50Ω load, and it is quite obvious that Insertion VSWR at 1.8MHz is very poor, from 3.5MHz to 30MHz it is acceptable… for a voltage balun.

Given that problems with solder joints seem to be quite common, and the original balun cannot be disassembled to check it, and in any event, voltage baluns have little application with wire antennas, this is one balun to overlook.