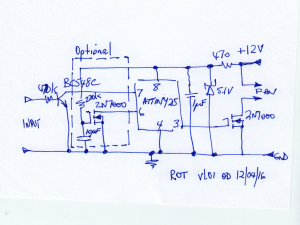 The MCU contains the logic and the OUTPUT pin is used to switch a 2N7000 hexfet to operate the fan. The MCU uses the watchdog timer at about 120kHz for a clock to minimise harmonics and RF noise (since it is housed inside the ATU cabinet). The processor is put into idle mode whenever possible which further reduces radio noise.

The run on timer runs for a period defined by EEPROM calibration data after it is triggered, and it is retriggerable. For this application, the time is set to 900s.

The optional parts are for a override facility, if power is removed for 2s and re-applied, the fan will turn on until the ROT is powered off.

Inverted output is on pin 2. 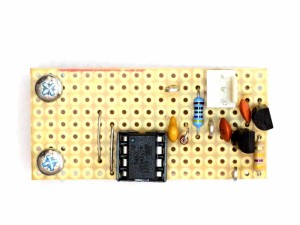 Above, the run on timer is assembled on a small piece of Veroboard. The original fan connector plugs onto the three pin connector at upper right, ground, 12V and input connect to the Vero pins on the board. 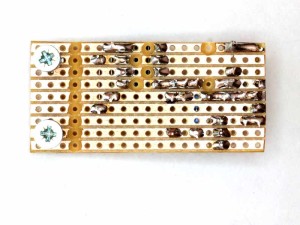 Above is the underside of the veroboard.

The run on timer mounts to the chassis lip using two threaded pillars as shown in the original article. 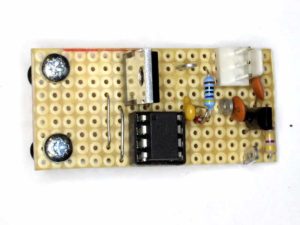 Above is a variation using an IRF510 FET for higher current capability. Note there is a wire link from source to gound hidden by the FET in this view. 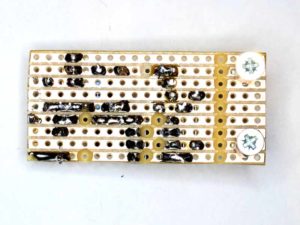 Above, the underside using the IRF510 has an extra track cut near the FET source pin.

On test, the timer has worked reliably and no radio noise is detectable over HF.