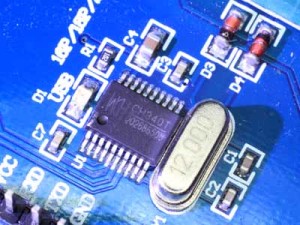 In true Chinese style, downgrade knock offs of Arduino boards (eg the Arduino nano) have appeared, the downgrade is achieved by use of CH340 USB to RS-232 converters instead of the FTDI chips on the genuine nano.

Now it is not that FTDI chips are without controversy since FTDI trashed their reputation of their handling of what they allege to be Chinese counterfeits of their chips, but apart from the deliberate bricking debacle, the chips have been reliable performers.

The same cannot be said for CH34x chips.

I have tested several adapters using CH34x chips with Windows CH341SER driver v3.4 (current at the time of writing) and have observed lockups that required reboot to get the adapter working again. The application could open an FTDI adapter on another port without reboot, so it would appear that the driver is defective and lacks the robustness needed of OS software. Whilst the driver appears susceptible, the problem may be induced by some kind of defect in the chip itself, though one expects the driver should be resilient nevertheless.

Whilst the chips worked well with lots of apps, the failure with some causes me to dismiss WCH as a serious player at this time and I now avoid purchasing any equipment or adapters using WCH chips.

The adapter will not intialise on my current Raspbian (RPi) and Ubuntu hosts, it appears that drivers are not built-in in those distributions.

China produces a mix of good and bad, and this stuff is in the latter category.