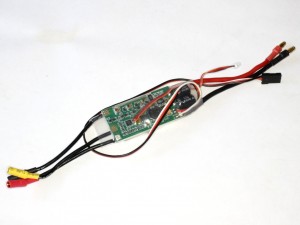 More recently, users have reported some serious issues through BLHeli 14.0 and 14.1, and I removed the Skywalkers from service out of concern there were problems to be fixed.

The real thorn though has been BLHeliSuite, which has grown to be all things to all men, but apparently at the expense of reliability (mostly involving damage to motor and / or ESC, and consequential damage if the craft was in the air).

I recall downloading four versions of BLHelisuite 14.1.x in the first few weeks, bloatware of some 40MB.

I gingerly downloaded BLHelisuite 14.2.0… and guess what, the next day an announcement that it was defective and would be replaced… after I have invested a couple of hours in flashing and exhaustive bench testing of the five ESCs. Fortunately I had not refitted them to a quad for flight trials, and they can go straight to eBay.

The BLHelis sojourn is over.

Meanwhile SimonK remains pretty reliable, 100% open source, the developer accepts user code suggestions (which can only happen with open source), and continues to be improved in small ways, but it remains reliable.

Update 28/11/2015: I see two releases of BLHeli 14.3 and the matching BHeliSuite withing a week… this software remains quite volatile.