English documentation is hard to find, and in some cases the translation from Chinese to English is poor and diagram annotations (eg flow charts) are still in Chinese.

The chips were purchased on eBay and Aliexpress, where they are not really cheaper than more traditional suppliers, and indeed more expensive than more powerful newer architecture chips (eg PIC, AVR). 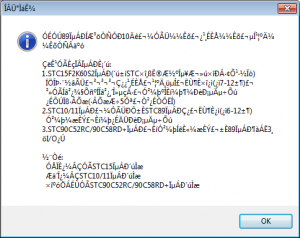 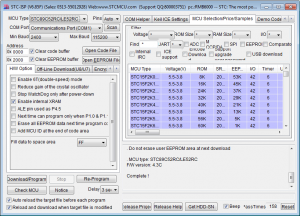 Initially, fails to “Check MCU”, or talk to the MCU in any way. A work around seems to be to open and close the COM port in another program, and then the STC ISP program works with it ok… well for a while anyway. The concept is a quite simple programming interface, but the proprietary ISP software is flaky.

The STC15F family is more capable in several ways, and the STC15F204EA has 10bit ADC on board, pity ADC is not also available in the STC15F104E.

I did put a support question to STC, but there was no response. My feeling from reviewing and searching the web for data, especially their own website, and the support structure is that they are not at all interested in English speaking users.

STC make some development accessories, but a lack of English documentation and lack of availability are reasonable prices (post included) in online shops mitigates against them. I did look at one “universal programmer” for their 8051 chips, but is uses a Prolific serial converter, enough reason to overlook it.