The plan is to investigate two streams, one ST Microcontoller based and one ATMEL based, both ARM architecture. 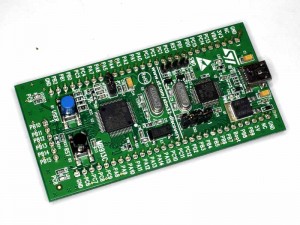 Above, the STM32VLDISCOVERY which provides a STM32F100RBT6B MCU and to the right, a STLINK programming adapter for about A$13 delivered. The STM32F100RBT6B has 128 KB Flash memory, 8 KB RAM in 64-pin LQFP.

First choice for evaluation is the GCC compiler for ARM run under Eclipse. 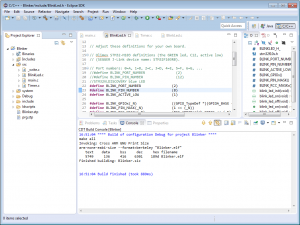 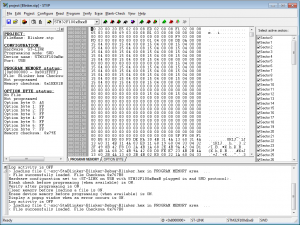 Above, ST Visual Programmer for reading / writing the MCU chip.

Initial setup and coding / adaptation to blink the blue led at varying rates has been successful, and programming operations appear reliable.

An Arduino Due clone has been ordered to try that flavour under Arduino 1.6.4.