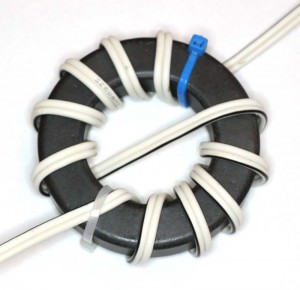 We often see statements by hams where they draw inference from observed temperature rise of a ferrite core at RF. Lets consider the following statement.

The FT-240-43 balun MUST be quite efficient as it barely increased in temperature over a 5 minute over at 100W on SSB.

For the purpose of this explanation, lets assume barely increased in temperature means 5° increase in temperature from cold. Under these conditions, we can reasonably assume that almost all of the heat input to the core is consumed in raising the core temperature.

Now lets compare that to the average transmitter output power.

The average power of SSB telephony is less than 3% of PEP, a little higher with compression… so the average transmitter output power in this case might be 3W without compression, and losing 2W in the balun core is quite inefficient.

In this case, a temperature rise of just 5° over 5min of uncompressed SSB telephony hints seriously low balun efficiency.

Quite modest increase in temperature might indicate severe loss.