AIM885 has been released.

I opened a SCN file received from another party in AIM882 and saved it with a new name, so creating a fresh CSV file.

I then opened the first SCN file in AIM885 and saved it with a new name, so creating a fresh CSV file.

The CSV files were then compared. 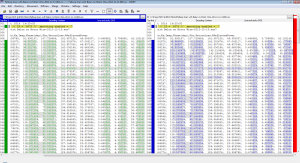 Above is the file comparison in KDIFF3. Note that apart from the first record, five of the nine fields are different in all other records of the AIM885 save.

But are they correct?

Lets look at the second record. 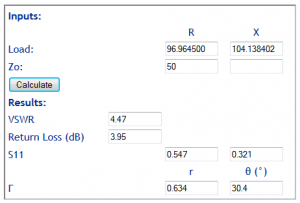 … we get SWR=4.47 yet AIM885 has calculated 4.58. Though it is not far out, it is out by far more than attributable to representational errors in good software. The Rho, ReturnLoss, and %ReflectedPower are also inconsistent with Rs,Xs.

It is a further sign that I cannot trust AIM885 to calculate results consistently.