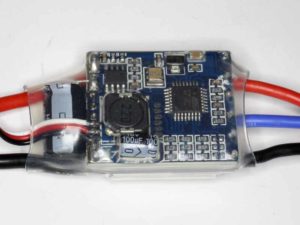 I used to routinely remove BEMF caps (a carry over from using WiiEsc), but found on some tests that it made insignificant difference. That might be the case for some motors and smallish caps (1000pF), but in this case, the combination of these challenging motors and largish BEMF caps were incompatible and removing the caps solved the problem.

The BEMF caps were on the three empty positions in the bottom right of the above pic.