This article documents some further tests.

A simple test referenced to 50Ω

AIMuhf is connected and powered up, and a scan made of the test load. 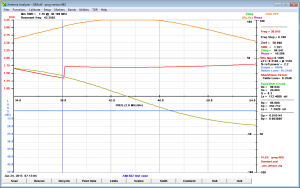 There are several things about this display that raise questions, but lets look at the glitch in SWR (Zref=50) at the cursor (blue vertical line). It is suspicious for a start because there is no corresponding large glitch in the Return Loss curve below, and since they are related there is an obvious inconsistency… one or both are wrong.

Let us calculate SWR(50) for the impedance shown in the right hand side. 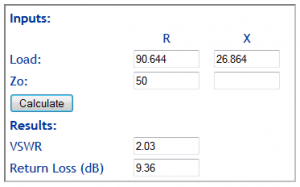 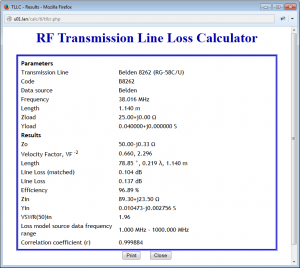 TLLC suggests Z=89.30+j23.50, the measured Rs,Xs shown by AIMuhf is believable but the calculated SWR(50) and Return Loss have large errors, and the related curves are also flawed.

Zref was changed to demonstrate another failure of the AIM software. 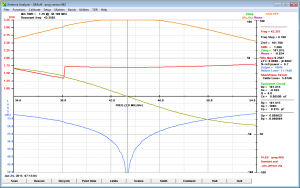 Above is the AIM display of the same measurement with Zref changed to 101.7Ω which should result in a near perfect match (SWR=1 and very high Return Loss) where Xs passes through zero

Good, Return Loss is very high at the cursor (remember that it is plotted upside down, Return Loss increases downwards) (though the right had side shows Return Loss as just 11.74dB, a huge error).

But SWR is 1.698, it obviously has not updated from the previous display and it is not even correct as SWR(50) 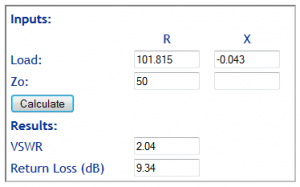 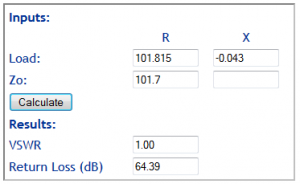 Making a new measurement with Zref=101.7Ω 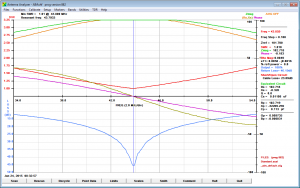 Now the display seems to reconcile, SWR and Return Loss look believable but the glitch has gone, and frequency of resonance has moved 500kHz higher than previously reported… very hard to believe.

This does not encourage confidence in AIMuhf.

This version has been out there for almost three months with these issues, and some or all of the issues may have pre-dated that.