Above, the RF Power meter with two probes. (The ferrite sleeves were not part of the kit.) 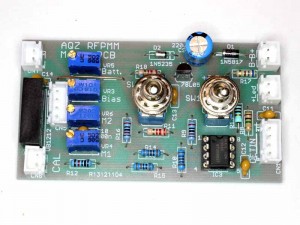 Above, a view of the top side of the meter PCB. 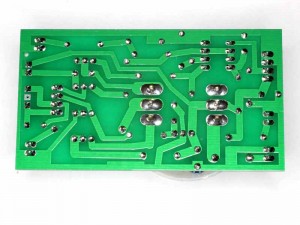 Above, the underside of the meter PCB. A single sided board that is an easy build. 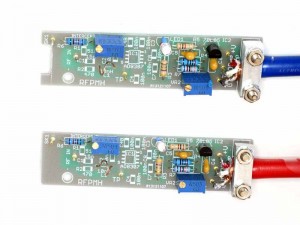 Above is a view of the top of the probe boards. The top board is notched for an N type connector, but BNC connectors have been used on this build. 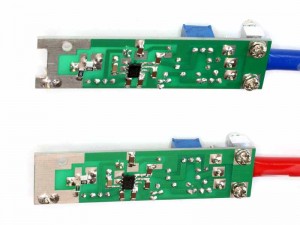 Above is a view of the underside of the probe boards. Parts alignment is less than perfect, but otherwise the build quality is good. 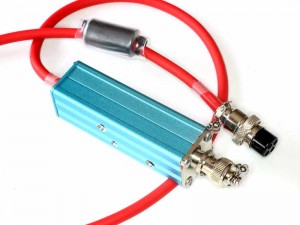 Above, the detail of my changes to the probe assembly. I used a Jaycar LF1260 ferrite sleeve to reduce the risk of common mode noise, and attached a male BNC cap to protect the connector when not in use. The screws used at the BNC end are M3x8mm SS button head screws (widely used in the RC model industry), the extra length provides good purchase for clamping the connector flange against the folded over copper foil. Once satisfied that the probe is stable, I may shrink some clear tube over the probe body. 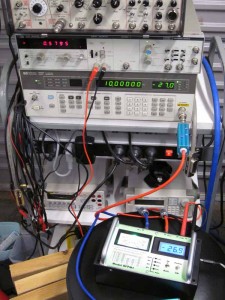 Above is the RF Power Meter under test. In this case, an automated test to explore the accuracy of the instrument. 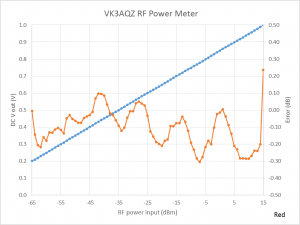 A plot of red probe calibration at 10MHz. Each data point is an average of 10 successive readings. 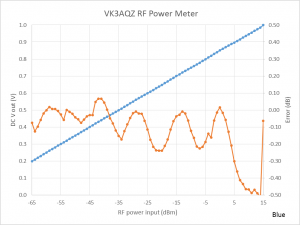 A plot of blue probe calibration at 10MHz. Each data point is an average of 10 successive readings.

Both of these could be adjusted for a little better slope, but the calibration is unlikely to hold with temperature variation… it would be pretending that they are more accurate than they are. 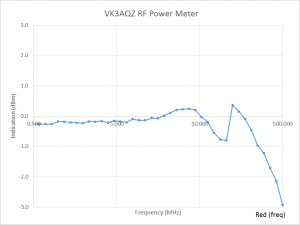 Above, the frequency response of the red probe from 0.5 to 500MHz. Each data point is an average of three successive readings. 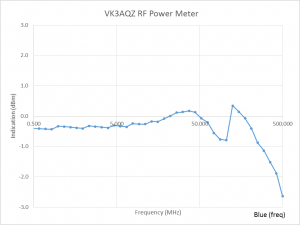 Above, the frequency response of the blue probe from 0.5 to 500MHz. Each data point is an average of three successive readings.