Diagnosis of a 9:1 transformer from NanoVNA plot discussed an example measurement of a 9:1 transformer on a binocular ferrite core. These are often recommended for use with Beverage antennas on 160 and 80m bands, and this was the maker’s application. In that article, I hinted that the core might not be #73 as the maker thought, or wished. 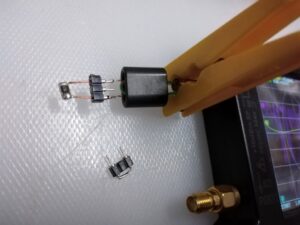 This article reports measurements of a 9:1 transformer wound on a Fair-rite 2873000202 (#73) binocular core. The pic above shows the test fixture.

The measurements will be used to calibrate a Simsmith model. 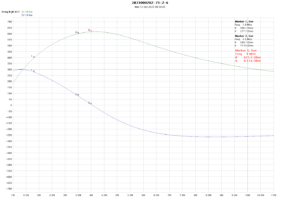 Above, a sweep with open circuit (OC) termination reveals a self resonance at 4.1MHz. This will be modelled as an equivalent shunt capacitance of 66pF on the primary side. 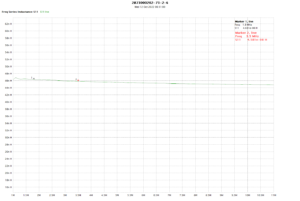 Above, a sweep with short circuit (SC) termination gives an approximate total leakage inductance referred to the primary of 46nH. 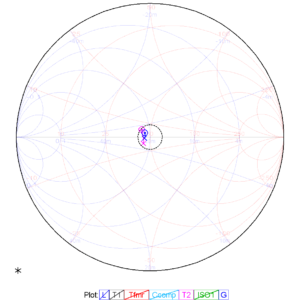 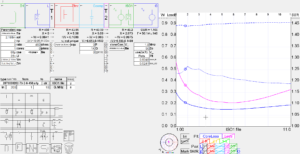 Above is the calibrated Simsmith model including a comparison to measured impedance with a 450Ω load. T1 and T2 are of zero length, so no effect on the model.

The model predicts slightly higher InsertionVSWR (magenta curve) to the measured (blue curve). That is not surprising, ferrite tolerances are quite wide.

Predicted loss is shown as the dotted blue curve, it should be quite acceptable for the receive application where this design is recommended (eg from W8JI). The power in the load for 1W available is shown as the dashed blue line.