I had need for a rechargeable CR2 battery. The ‘standard’ CR2 is a non-rechargeable Lithium battery of nominal 3.0V. 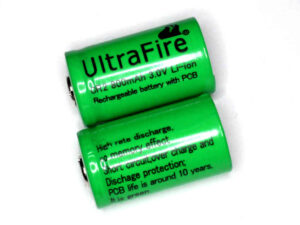 I purchased two Ultrafire batteries advertised on eBay as Lithium-ion of 800mAh for $20. Without further qualification, we normally take Lithium Ion to be nominally 3.6V. The batteries are marked Li-ion 3.0V.

Both batteries were tested for capacity on a simple charger using the LiIon profile. 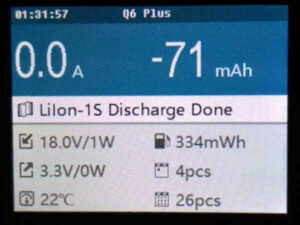 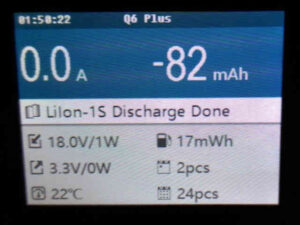 A full refund was obtained because of the “not as described” failure to come even close to 800mAh capacity.

A further test was done treating the batteries as LiFePO4 (nominal voltage 3.2V).

The discharge curve does look more like LiFePO4, and they deliver around 250mAh on this test to 2.2V, 31% of their rated capacity.

They are obviously of Chinese Quality… bit of an oxymoron really!

I had need for a rechargeable CR123A for a lightmeter. 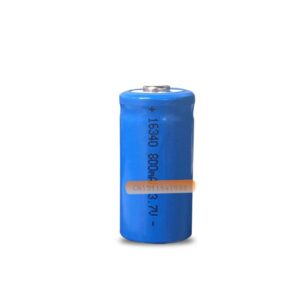 And there they are on Aliexpress at a reasonable price ($7 for 2), rated at 800mAh… but do they stack up?

Above is a plot of a 0.1C discharge of both cells after three charge / discharge cycles to ensure full capacity is achieved.

They both start at 4.0V which confirms that they are Li-ion (rather than LiFePO4 which are often sold in this size as their voltage is closer to that of a Lithium cell). But even at a very low discharge rate (0.1C), they give 173 and 146mAh, less 25% of their rated capacity.

A claim for refund has been lodged. 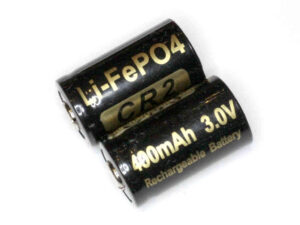 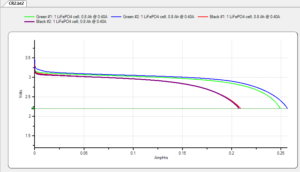