I purchased a little inexpensive attenuator board on Aliexpress.

At first use, it was clear that the connectors were weak and warranted testing in a controlled way.

Here is the result of trying to tighten them with two torque wrenches:

The torque wrenches calibrations were checked before the test.

First pass was with the 0.6Nm, and all but one deformed (twisted on the PCB).

A second pass with the 1.0Nm broke three off the board, and twisted all but one further. 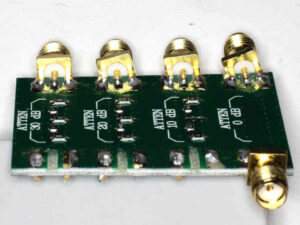 Above, only the front right connector was undamaged. 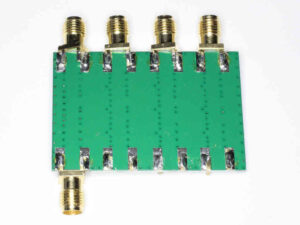 Above is a view of the underside of the board.

The deformation of the pins indicates that the brass (if it is brass) is very soft, whereas it should be hard brass.

Above, Amphenol recommend up to 1.1Nm for their brass end launch connectors like those shown on this PCB. One expects that the female connector should not fail at up to more than 2Nm, seven out of eight of these failed at less than a third of that, the eighth was undamaged.

Recently, one of the two connectors on my ‘genuine’ NanoVNA-H4 broke off the board at 0.6Nm (NanoVNA-H4 v4.3 – broken SMA connector).