These are used in many things, including medium to high power applications such as EFHW matching transformers. 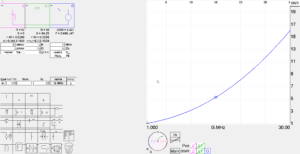 Above is a Simsmith model of a 1µH total leakage inductance in series with a 50+j0Ω load, the InsertionVSWR is greater than 1.5 above 3MHz.

Is this a common scenario? 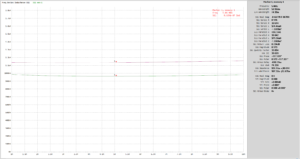 Note the the common winding topology has about 20% higher leakage inductance.

Flux coupling factor k is a quantity that is often used to quantify the fundamental problem. For good RF transformers using medium to high µ cores, k is very close to 1, but we are more interested in 1-k, the portion of flux that leaks as that is what drives leakage inductance.

Some authors assume that since k may be around 0.99, that they can assume it is 1… but in so doing, they are assuming leakage inductance is zero… a gross modelling error.

Here is another view of the same measurements above. 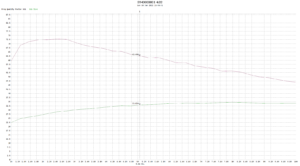 Above is a plot of Q (Xl/R) for the same case. Note that Q is around 30 for the autotransformer, and around 60 for the other transformer. Importantly, the characteristic of the #43 ferrite core at 5MHz is that Qcore is 1.2, so this inductance is not hosted by the ferrite core, it is mainly hosted in the air around the conductors. Looking at the green trace, leakage inductance does not vary greatly with frequency, and can be approximated reasonably as a frequency independent inductance, certainly a much better model than frequency independent k (as is popular).

I asked is this a common scenario?

Well, the better transformer has leakage inductance a bit lower than in the Simsmith model, the more common configuration is 14% higher… so the answer is yes, this is a common scenario.

Now it would be incomplete to ignore the fact that, leakage inductance may be partially compensated by a shunt capacitor. 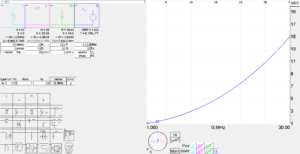 Above, the optimally compensated circuit. In this case, the improvement is tiny.

So, what are the things that exacerbate leakage inductance?

How many designs have you seen that have some or most of these features?

Do you need a VNA to measure leakage inductance?

Above is measurement of the inductance looking into the primary with the secondary short circuited, this is the total leakage inductance. This is an L/C meter that cost about $25 incl post on Aliexpress a few years ago. It takes great care to zero the meter with the leads in exactly the same configuration as the measurement, I use a coin as the short circuit for instrument zero. Not a 1% measurement by any means, but you can see that leakage inductance is hopelessly high for a broadband 50Ω:3200Ω for HF.

What is acceptable leakage inductance?

Total primary referred leakage reactance of 20% of the nominal impedance causes an InsertionVSWR of about 1.2.

For a nominal 50Ω transformer to 30MHz, I would like total leakage reactance less than 10Ω  @ 30MHz, so leakage inductance (referred to 50Ω side) would be 50nH or less. 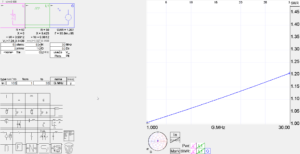 That is very hard to achieve on a medium sized high ratio transformer, much less a stack of three FT240 cores.