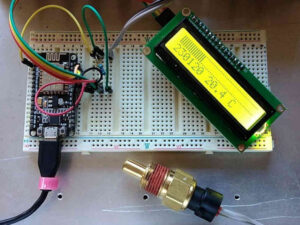 Snap-On have produced a table of temperature/resistance values for the ECT sensor in the VY 6 cyl Commodore.

From that, I can calculate the Steinhart-Hart coefficients and their standard error. Additionally, B equation coefficients are calculated (but not used in this measurement). 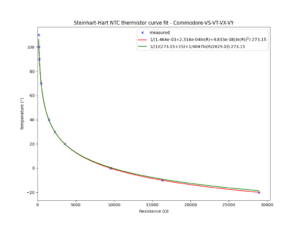 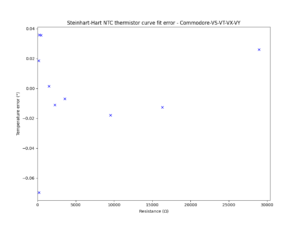 Above is the calculated error of the Steinhart-Hart model to the measured values, it is less than 0.1° at all measurement points.

The Steinhart-Hart coefficients were loaded to an ltm config file, and ltm with a new aftermarket ECT sensor used to measure water at 13° and at boiling point of water (97.9° at current altitude and pressure). The error at 13° was +2° and at 97.7° (where calibration matters) was within 1°.

The results are an encouraging validation of the calibration process.