Since the nanoVNA got real traction a year or so back, lots of online experts have sprouted new found secrets of VNA use… and the classic is “phase is paramount”. A recent quote:

Take a look at the antenna with a VNA and sweep with the Phase function.

There are lots of competing firmwares for the nanoVNA, and having tried many and found them wanting, I use the latest firmware from ttrftech, the ‘originator’ of the nanoVNA. So, my comments are in the context of that firmware.

Let’s look at display of the magic phase quantity with a very good load on the nanoVNA, you might think of this load as the ultimate goal of an antenna system. 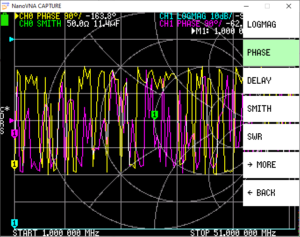 Above is a screenshot of my nanoVNA where I have selected the ONLY display format labelled phase, and it can be seen that the yellow trace appears to be quite random. 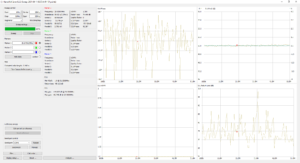 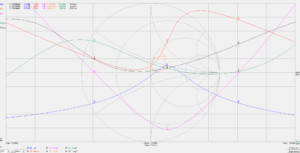 On this chart, the easiest curve to interpret for most hams is the VSWR curve (magenta). The markers show its minimum (1.09) and the VSWR=1.5 bandwidth (145.05-150.05MHz)… this is a good antenna from that point of view… but it could be improved by lengthening a little to move the frequency for minimum VSWR down to 147MHz (… but there is no adjustment left).

So, look at the Return Loss blue curve. Return Loss is related to VSWR and you could make exactly the same conclusions. We should accept Return Loss > 15dB.

Look at the s11 phase curve in red. It does not cross the zero phase line (the middle of the chart, in this sweep, it is 44° at minimum VSWR even though it is sometimes less at higher VSWR. Can you make any rational conclusion from the phase curve, and does the fact it is not zero condemn the antenna system?

Look at the R and X curves, green and black. Can you draw any conclusions from them directly? Can you see where the phase of R+jX would be zero? Hint: it is where X is zero… but hey, that doesn’t happen with this antenna system.

After all that information overload, the VSWR curve is the key performance indicator, and I could have used an ordinary VSWR meter to come to the same conclusions pretty much.

Yet another example where the focus on s11 phase is so misguided.