Bruce, VK4MQ, was canvassing ideas of a simple way to reduce second harmonics from a 40m field station interfering with operations on 20m at the same site.

A shunt OC stub of 90° electrical length was proposed to start thinking. My thoughts were that online experts often propose such as a cheap and effective solution… but I suspect they had read about it rather than speaking from actual experience.

Here is the problem 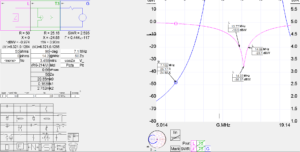 Above is a Simsmith model of a shunt stub in a linear matched 50Ω system. The stub achieves a reduction of more than 20dB over about 900kHz, and a maximum reduction of around 35dB at 14.2MHz.

This is why this is a pretty naive approach in a system that requires low InsertionVSWR for a transmitter.

This VSWR could be fixed with an ATU at the transmitter. So in this case, the length of the stub determines the notch frequency, and an ATU restores the load to suit the transmitter (as needed).

Two stubs are better than one 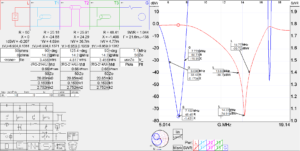 Above is a Simsmith model of the two stub harmonic filter. It has better harmonic reduction at 14.2MHz, and input VSWR(50) is low. 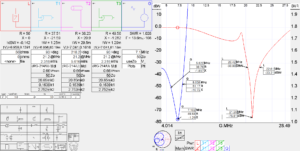 Above is a design for 7MHz pass and 21MHz reject. 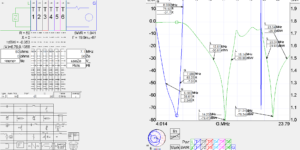 Above is a design for 7MHz pass and 21MHz reject.

Above is the full schematic.