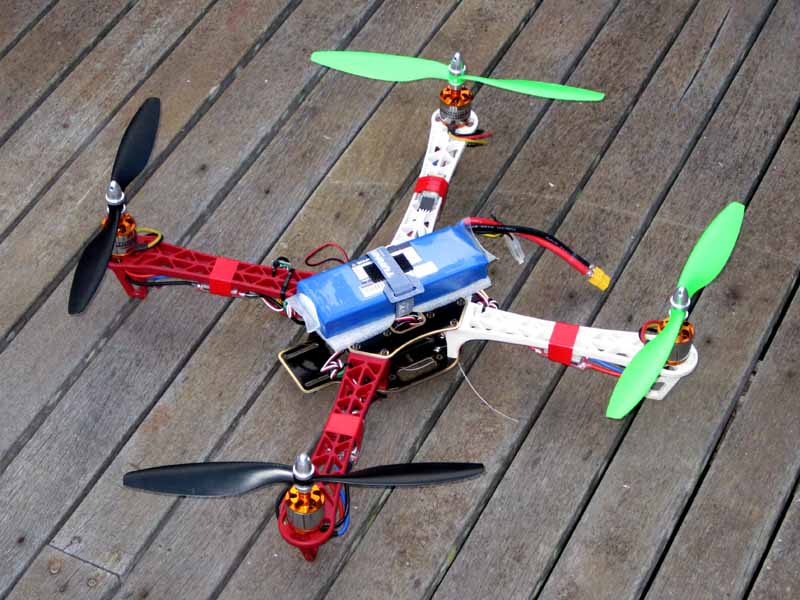 I built a X450 quadcopter (X450-02 quadcopter (21/05/2014 build) which proved to be difficult to tune, principally the Level control loop, though there were issues with Roll and Pitch.

I had built and tunes several quads of similar build in 330 and 450 size using the Multiwii flight controller, but this one was decidedly twitchy.

One gnawing problem that I had put aside was that I noted that one motor took longer to stop than the others when disarmed. In fact, that was a big hint to the problem and should not have been put on the back burner.

I really didn’t want to mess with swapping out ESCs (as they were soldered to the integral distribution board) or motors (they were locktite’d)… so I wanted to find the problem somewhere else… and put off resolving the problem in favour of tuning the beast.

After wasting time swapping the FC (this one had been for a swim), and double checking firmware and settings, recalibrating throttle etc, the problem remained.

The thing was not as nice in the hand as I expected so I captured it in hover flight. 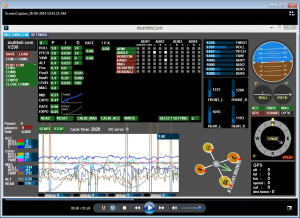 Above is the MultiwiiConf screen with the quad hovering. The extreme glitches on the brown trace (MAG YAW) concerned me. I note also that the GYRO YAW trace does not show the same glitches.

I checked the propellers to see they were all of the same type, and discovered all the same nominal diameter and pitch, but one was stiffer than the others and on measurement weighed 12g against 8g for the others. So, this is why one propeller slows more slowly, it has higher moment of inertia, and that will cause yaw glitches as the motors stabilise level.

Here was a possible explanation, motors tend to accelerate and decelerate in pairs so approximately cancelling their torque increments. 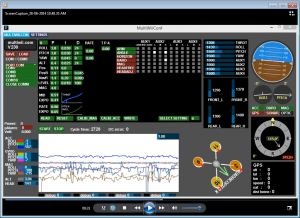 Above is the capture of hover with the offending propeller replaced with the matching type. Overall, ACC and GYRO amplitude is lower, there is no glitching of YAW, and the low frequency rolling has gone.

It just goes to illustrate how important symmetry is to the system.