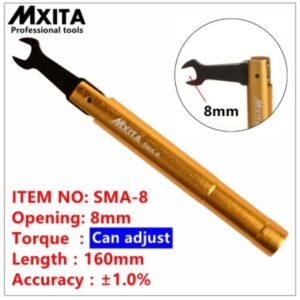 Above is the factory pic of the SMA-8.

The one I purchased cost about $40 including post from an Aliexpress store. Aliexpress is a high risk market place, and I usually set a limit of $20 for that reason, however in the light of recommendations, I exceeded that.

In the event, the thing arrived after almost three months.

The first observation was that it would not fit onto SMA nuts. On closer examination, the gap was correctly sized but burs from machine at the tip of the jaws prevented engagement and had to be removed carefully with a diamond hone. 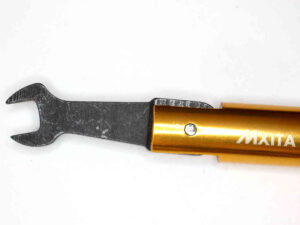 When the mechanism was operated by hand, it was obviously asymmetric. The moving jaw would bind in one direction and not the other. Again closer examination revealed the reason… the hole drilled through the steel jaw piece was off centre and canted. The net effect was that the torque to trip the jaw was 60% higher in one direction to the other… partly cased by the asymmetric pivot of the jaw, and partly due to binding against the aluminium body. 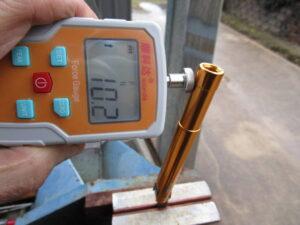 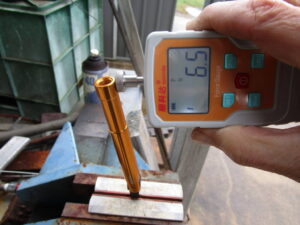 The thing is unusable and unrepairable.

My experience of Aliexpress is that it is of no point trying to claim a refund, there would be a lot of effort in producing a video, many exchanges with the seller, and at the end, Aliexpress would adjudicate in Aliexpress’s favour… ie seller keeps their portion of the money (and Aliexpress keeps theirs).

Events of the last year have given us cause to reappraise our trust.

I am not saying all MXITA product is low quality, but this item was such poor quality as to be consigned to the bin and if you trust MXITA as I did, you might do the same.