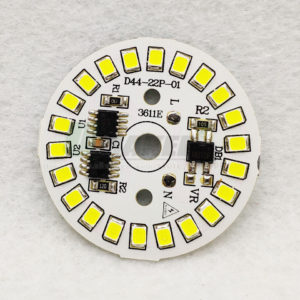 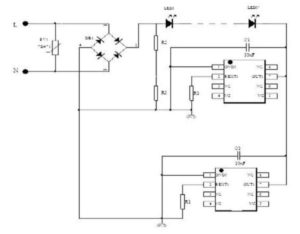 Above is a schematic from the chip datasheet, the two chip configuration is for load sharing. This board is essentially that, but they save one capacitor. There is a total absence of effective RFI mitigation.

The plate was powered on 230VAC (nominal) in free cool air (12°) and whilst initially reading 15W, within a minute is was down to 10W whilst temperature of the plate reached 107°.

The extreme temperature is not surprising, this plate has about 12% of the surface area of the common 15W annular LED plate,  and also contains the LED driver. 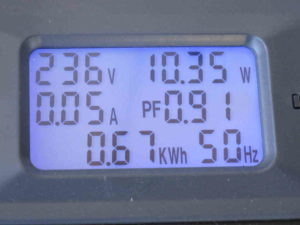 Above the power meter reading after one minute. 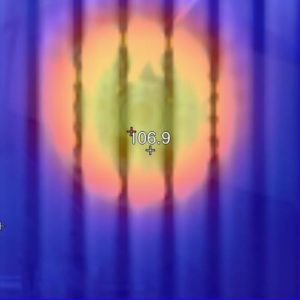 Above is a thermograph after a minute operation. The LEDs are on and the image is affected by the LED switching. This is too hot to safely fit to most light fittings, especially unvented ones. 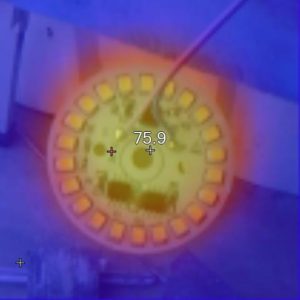 Two minutes after switching off, the LED plate is 76°. 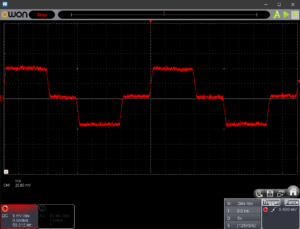 Above is screen capture of current measurement on the AC line at switch on. The probe factor is 1mV/10mA, so the current is about zero until the driver switches on and current is regulated to about 100mA for almost 6ms in each half cycle, so Iav=100*6/10=60mA and with a string voltage of 200V, about 12W input. 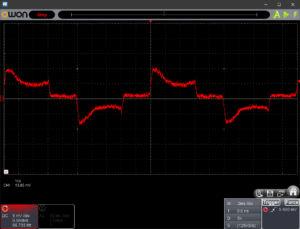 Above is the current after 10s operation, the current in each half cycle starts at 100mA as in the cold capture above, but rapidly falls so reducing the average current. This explains the collapse under sustained operation discussed earlier. 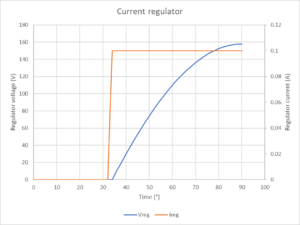 What a green fraud!

This type of configuration is becoming more common in power ratings up to 36W and a variety of circular, annular, and rectangular shaped modules. There are few good analytical reports, though I have seen a couple which reported external housing temperature in excess of 60°, so the LED plate itself will be considerably hotter. A feature is very small parts count (apart from the LED chips), and basically no EMI filtering.