Three recent articles developed an explanation of the YouLoop-2T at MF/lowHF:

The first and third articles explained the concept of signal/noise degradation (SND) statistic, and gave graphs of the behavior of the subject antennas.

This article draws together those SND plots for two antennas, and some variations to the configurations. 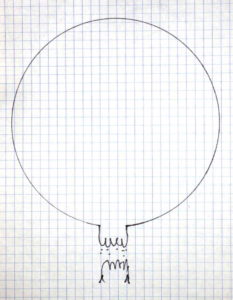 Above, the “simple loop” with 0.5:1 ideal transformer. It could be implemented as a shielded loop (with transformer) with similar behavior (but improved common mode suppression). 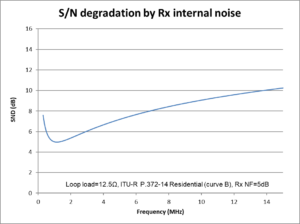 Above, the Airspy YouLoop-2T with ideal transformer. 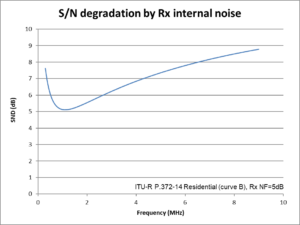 A simpler loop is a shielded loop (without transformer). 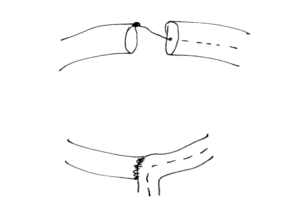 Above is the detail of a simpler shielded loop using coaxial cable and presenting a load of 50+j0Ω to the loop gap. With 50Ω coax and 50Ω receiver, there are no standing waves on the feed line or coaxial loop section so the impedance presented at the loop gap is a broadband 50+j0Ω. 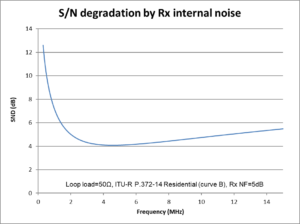 An alternate way to construct a shielded loop with flexibility to choose a loop load other than 50Ω is to insert a transformer at the loop gap of a basic shielded loop.

Above is a variation on the YouLoop-2T where the top crossover unit is replace with a simple through connection of the centre conductor at the gap. This removes the 1:4 impedance transformation, but there remains some transformation on the loop coax sections which have standing waves. 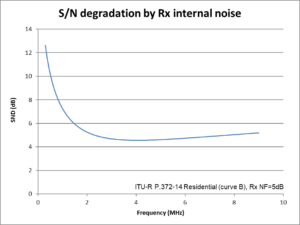 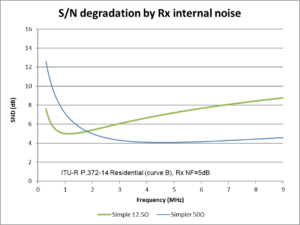 Some of the variations given above have some amount of transformation due to the loop coax sections so they aren’t simply 12.5Ω or 50Ω which gives rise to some small difference in their responses.

The load impedance presented to the loop proper has a great influence on SND response. The other key parameters are:

Doubling loop diameter increases loop inductance and increases radiation resistance, and delivers a large improvement in SND (of the order of 5dB). Note that the frequency were it qualifies as a small loop is reduced. That is not to suggest it does not work where perimeter>λ/10, just that analysis based on small loop assumptions becomes invalid.

Doubling conductor diameter results in a small reduction in loop inductance and small improvement in SND (tenths of a dB). 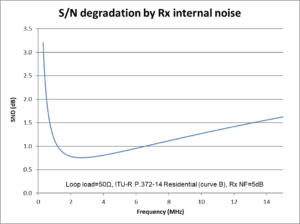 Above is the calculated SND from 0.3 to 15MHz of a 4m perimeter shielded loop of 12mm conductor diameter with 50Ω load.

Signal/Noise degradation with the small untuned loop is influenced by several key parameters:

The SND response is a compromise which can be tailored for the intended application.