This article documents a series of tests of BLHeli v11.2 damping.

Results may be different for a plane scenario where the propeller speed through air is much higher, but the results to be relevant to a Multi rotor in hover.

The tests are ‘scripted’ by an Arduino RC servo ramp generator, and the following sections contain expanded view of three parts of the test for each of the following ESC configurations:

There are a large number for configurations possible, but these three were chosen to expose the basic behaviour of each type. 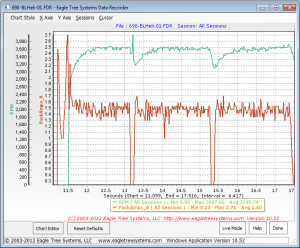 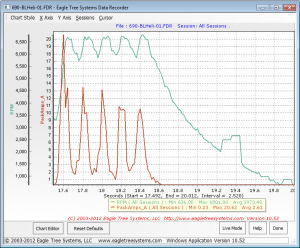 Quite slow deceleration at the end of five short throttle bursts. 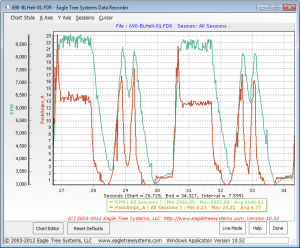 Quite faithful response to the throttle drive.

Separate tests revealed that this mode delivers less benefit on ESCs with slow switching. Best benefit requires fast FET switching and is unlikely from ESCs that use bootstrapped bipolar transistor drivers for the high side FETs. 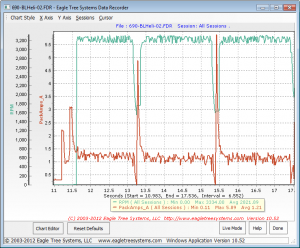 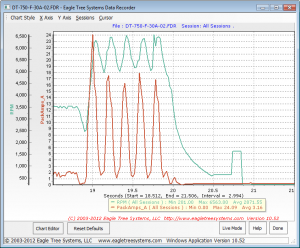 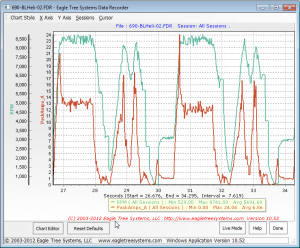 This mode turns all three high side FETs on during the PWM OFF interval. This mode is not available in SimonK. 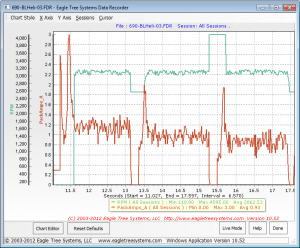 The RPM readings during throttle cuts may be unreliable, it appears that the fully damped mode might disrupt the eLogger RPM sensor with low throttle. 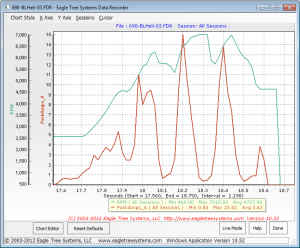 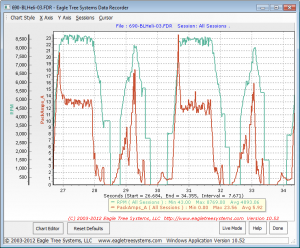 Clearly, the fully damped configuration did not work well from the point of the data logger, but the performance degradation was evident in listening to the motor under test.

The lightly damped configuration had slightly better braking response, though that may excite instability in a flight controller unless tuned for the response.

Of the other two, and advantage to the undamped configuration is that the ESC never returns current to the power source, which means that the drive can be powered from a regulated power supply or a simple current limiter without providing a low impedance path for reverse current.

Default + damped light, damping force highest gave better deceleration than undamped, but the change is small. Best benefit requires fast FET switching and is unlikely from ESCs that use bootstrapped bipolar transistor drivers for the high side FETs.

Results may be different for planes, and other configuration combinations may work better.