Since I have a nanoVNA-H coming on a ‘slow boat from China’, whilst working with a Touchstone s1p file exported from Rigexpert’s Antscope I tried to open the file in nanoVNA MOD v3. 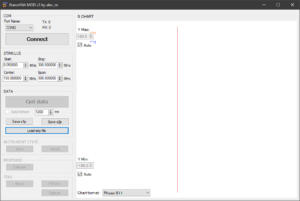 Above, the outcome was not good. The name of the loaded file is not shown, there were no messages during loading, and an empty graph and the stimulus data does not match the file.

So, is there data loaded?

I then saved the file with a new name and opened the new file. 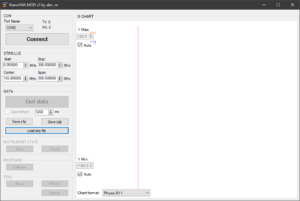 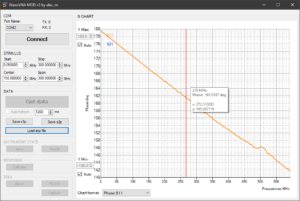 Now we have a graph, though the stimulus does not match the data, and where the original Rigexpert file had 1001 observations, this has only 100 and they appear to have been interpolated from the original data (including interpolation to 0Hz which seems to choke it).

There is no warning of the transformation of the data, that what is displayed was not as loaded.

This would seem to be based on nanoVNA Sharp, and it may have inherited these defects from there.