A reader of End Fed Half Wave matching transformer – 80-20m asked if a good transformer could be made with with a FT114-43 core.

The original transformer above comprised a 32t of 0.65mm enamelled copper winding on a FT240-43 ferrite core, tapped at 4t to be used as an autotransformer to step down a load impedance of around 3300Ω to around 50Ω.

A more detailed analysis of a 3t primary winding of the effects of magnetising impedance on InsertionVSWR and system loss when it is in shunt with a 50Ω load was performed. 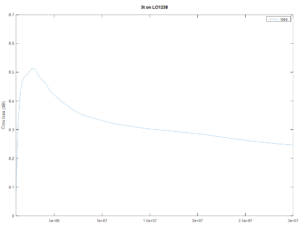 Above is the expected core loss. 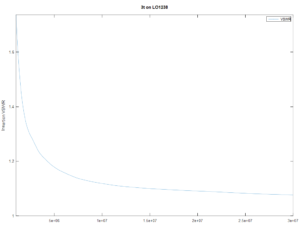 Above is the expected InsertionVSWR.

These both look encouraging, and the next step would be to build and measure some prototypes. 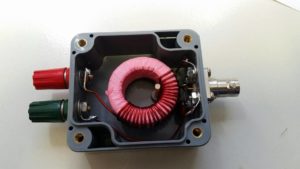 Above, VK4MQ’s prototype in development. (I do not recommend the pink tape.)