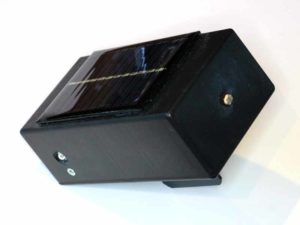 This article documents its failure  in June 2018 after three years service.

With the passage of time, the PV array surface has degraded until solar collection was insufficient to maintain the battery over several heavily overcast Winter days. 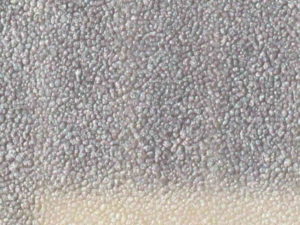 Above, a close up of the PV array surface. The pic is of about 8mm width, and one can barely see the silicon stripes which are about 2mm wide.

The issue of the PV array is a serious one. It is low cost and comes from China, but there appears to be no way to buy produce with a known quality that includes UV resistance resin used to encapsulate the cells. It is a significant problem to solve.

Meanwhile, it was repaired like for like to buy time to evaluate other options. A new PV array from the same batch as the first was installed, and a new cap glued on with the same adhesive, battery charged and the thing reinstalled in the garden.