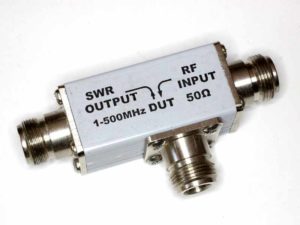 Above is the exterior of the device. Specs are sparse: P<23dBm, Directivity>36dB. 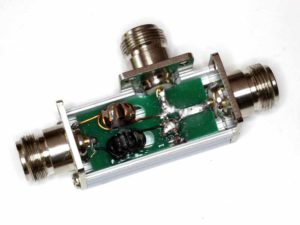 Above is a view of the internals. 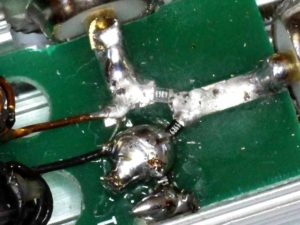 The choke at upper left is to balance the effect of the lower choke, so both sides of the bridge have nearly identical common mode choke impedance to ground.

It is all pretty untidy soldering, but this is after all, Chinese quality; and it comes a lot cheaper than a brand name Return Loss Bridge. 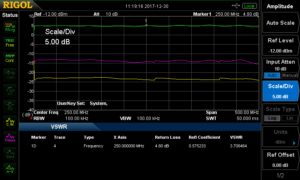 Above is an example sweep with a Rigol DSA815-TG spectrum analyser with tracking generator. 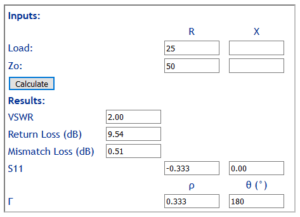 Well, the Rigol DSA815 is Chinese and this is one of the several defects. Chinese quality again… and they charge extra for this VSWR/ReturnLoss feature.