One of the performance measures is speed, it seems simple enough especially when it is talked about by politicians and promoted by RSPs and NBN’s advertisements. 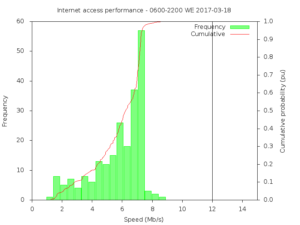 On the back of failure to buy decent BN-V11U batteries for my theodolite (Chinese BN-V11U NiMH replacement battery), A fall back was to fabricate a battery that would fit in the battery compartment. 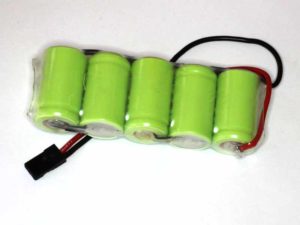 Above is a battery pack made from 5 x 2/3A 1.6Ah NiMH cells. END_OF_DOCUMENT_TOKEN_TO_BE_REPLACED

My theodolite uses the once common BN-V11U NiMH camcorder battery. 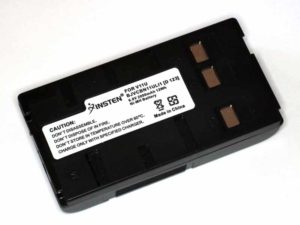 I purchased a replacement on eBay, they are getting harder to find since changes to regulations about transport of batteries, but there are still quite a few sellers. END_OF_DOCUMENT_TOKEN_TO_BE_REPLACED 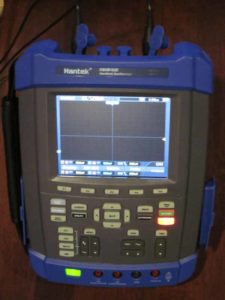 This article is a brief review of some issues that were found with initial testing of a Hantek DSO8102E two channel 100MHz hand held oscilloscope.

The specifications are very impressive, and price at just under $1000 for a Chinese brand seemed reasonable (hand held oscilloscopes are expensive compared to bench oscilloscopes).

This article documents a first project with the Espressif ESP8266 in its third evolution (based on ESP8266 IoT DHT22 temperature and humidity – evolution 2).

The objective is a module that will take periodic temperature and humidity measurements, and in this evolution publish them using a RESTful API. 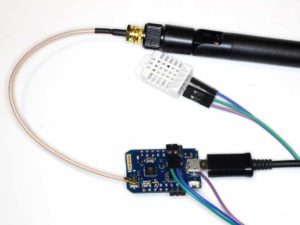 The example platform used in this article is a Wemos D1Pro. In this case, the D1Pro is configured for an external antenna, and a modification is made to the board to add a 1N34A diode for the deep sleep reset circuit (NodeMCU devkit V1 deep sleep). A three pin right angle header to the top of the board (as seen) and another on the underside on the opposite edge to get GND, +5, +3, and D4 for the DHT22 data wire. There is less than $20 in parts in the pic above. END_OF_DOCUMENT_TOKEN_TO_BE_REPLACED

Impedance was measured with an AA-600 looking into 500mm of RG400 then the Guanella 1:1 balun, then 9m of fabricated transmission line as described in earlier articles in the series. The balun is located at the antenna entrance panel and the coax shield is grounded via that panel (ie the normal operating common mode current path exists). 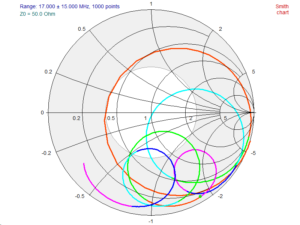 Above is the impedance measurement plotted on a Smith chart. This is more useful and very meaningful as an interactive display in Antscope where are you move the cursor, the frequency and key data are displayed. END_OF_DOCUMENT_TOKEN_TO_BE_REPLACED

A correspondent wrote about trying to reconcile by G/T worksheet with EME Calc.

Many times I have tried to validate it and run into problems. At one time I reported them to the author, but they were never acknowledged, much less fixed.

The specific problem on this occasion relates to the receiver performance tab. 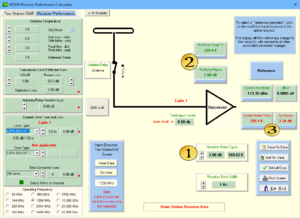 Above is a screenshot (with my annotations) where I have basically stripped the configuration down to a receiver attached to a noiseless antenna with lossless line. END_OF_DOCUMENT_TOKEN_TO_BE_REPLACED

This article continues on from Workup of G5RV inverted V using high strength aluminium MIG wire and describes the implementation. 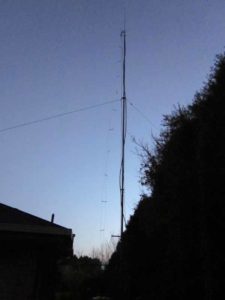 Above is a view of the steel mast with the Inverted V G5RV rigged from the top of the 11m mast using a halyard though a purchase on a small gibbet to offset the antenna and feed line from the mast. There are lateral guys at 7m height, and the left hand one is non-conductive synthetic fibre rope. Atop the mast is a 2m/70cm vertical. END_OF_DOCUMENT_TOKEN_TO_BE_REPLACED 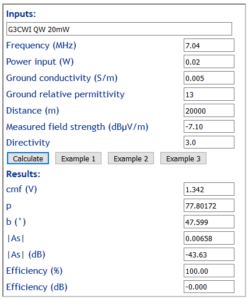 So the next question is what ambient noise level might we expect in a rural setting on 40m. END_OF_DOCUMENT_TOKEN_TO_BE_REPLACED 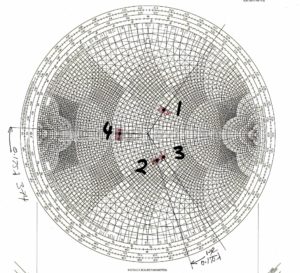 These points are on a constant VSWR arc but the arc has not been draw because the two arcs would overlap and might be confusing to some readers.  END_OF_DOCUMENT_TOKEN_TO_BE_REPLACED