The term “common mode current” applied to coaxial transmission lines is bandied about with abandon these days in online fora, awareness of its existence has increased if not understanding.

But, lets look at the wider context of the meaning of common mode current when a uniform coaxial line is connected to an antenna system. Whilst an antenna might have an obvious two terminal connection to the feed line, in the presence of ground, the current in those two terminals are not necessarily equal and opposite. END_OF_DOCUMENT_TOKEN_TO_BE_REPLACED

A common task is to measure the velocity factor of a sample of coaxial transmission line using an instrument that lacks facility to backout cable sections or measure SOL calibration (as discussed in other articles in this series). The older models and newer budget models often fall into this category.

The manuals for such instruments often explain how to measure coaxial cable velocity factor, and the method assumes there is zero offset at the measurement terminals (whether they be the built-in terminals or some fixture / adapters). In fact even the connectors are a source of error, especially UHF series connectors.

It is the failure to read exactly Z=0+j0Ω with a S/C applied to the measurement terminals that adversely impacts efforts to measure resonant frequency of a test line section.

The method described here approximately nulls out offsets in the instrument, measurement fixture, and even in the connectors used and for that reason may sometimes be of use with more sophisticated analysers.
END_OF_DOCUMENT_TOKEN_TO_BE_REPLACED

I have written some recent articles about or relevant to PD7MAA’s BN43-202 EFHW matching transformer. At about the same time a discussion started on and through that discussion, one ‘online extra expert’ stated that my analysis was bogus (dictionary meaning: not genuine, faked, a misrepresentation).

This article presents detail that was not included in the earlier articles as it distracts from the issue for most readers. END_OF_DOCUMENT_TOKEN_TO_BE_REPLACED 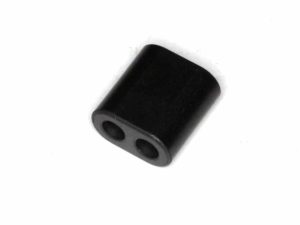 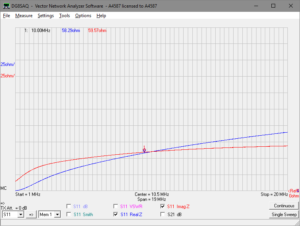 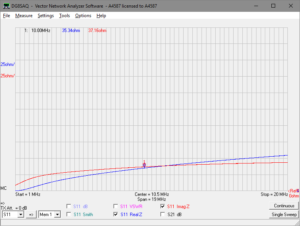 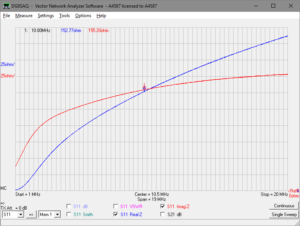 I have written many reviews of published EFHW matching transformers, and in most cases the reviews have reported estimated or measured losses that are appalling and not disclosed by the ‘designers’.

Up front, I do not know the answer definitively, but let me offer some thoughts based on the designer’s own articles and discussions by ‘online experts’.

END_OF_DOCUMENT_TOKEN_TO_BE_REPLACED 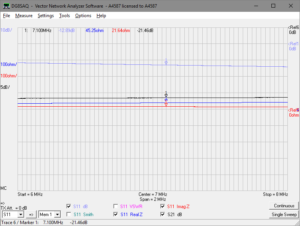 Above is a screen shot of a sweep from 6 to 8MHz. The key data is that shown for the marker at 7.1MHz. END_OF_DOCUMENT_TOKEN_TO_BE_REPLACED

Above is PD7MAA’s graphic for his transformer. It is a little confusing as an 11t wind will start and finish with ends as the blue wind, so the red winding must have and odd number of half turns which suggests the windings are actually 1t and 5.5t (pity he did not show a picture of the real transformer). Let’s proceed under that assumption. END_OF_DOCUMENT_TOKEN_TO_BE_REPLACED

A convenient list of ‘Exploiting your antenna analyser’ and short subject sub-titles, a table of contents for the series as it grows.

Exploiting your antenna analyser #30 Quality of termination used for calibration

I came across an article giving guidance to hams about antenna / station grounding, presumably for lightning protection.

The question is, what is the ground resistance improvement of one electrode over the two shown above. Let’s ignore the issue of earthing conductor size and deal only with the issue of parallel electrodes.

We don’t know the soil type, and we need to guess the spacing… it appears to be one house brick which is 9″ or 225mm in a lot of the world, perhaps that applies to the pic.

By way of an example, let’s make some assumptions that are likely to apply in lots of practical implementations. END_OF_DOCUMENT_TOKEN_TO_BE_REPLACED 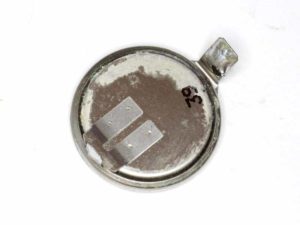 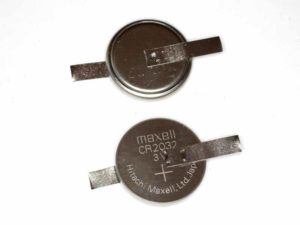 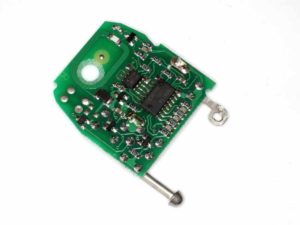 Above, the underside of the board. The small chip is a 93S46 EEPROM, which hints that this thing has non-volatile memory and unless the controller chip does something clever like erase the EEPROM on power up, it should be possible to replace the battery carefully without sustaining power to the board. END_OF_DOCUMENT_TOKEN_TO_BE_REPLACED